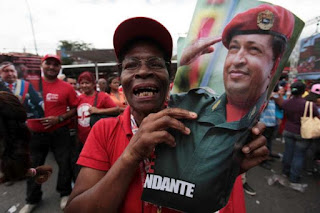 On Sunday, October 7th the Bolivarian Republic of Venezuela will conduct its national elections. The main contest in these elections is between leftist President Hugo Chavez Frias and right wing opponent Henrique Capriles Radonksi. According to most polls, President Hugo Chavez will win his third reelection bid fairly handily. President Chavez, the Unified Socialist Party of Venezuela (PSUV), and the broad progressive alliance driving the Bolivarian revolutionary process are seeking to use this prospective victory to deepen the revolutionary process and engage in bolder initiatives to build 21st century socialism.

Many of these bold initiatives are specifically intended to strengthen the Afro-descendent movement throughout Latin America and transform the material conditions of people of African descent throughout the hemisphere and the world. Some of the existing initiatives include:

If Chavez and the PSUV win not only will these critical programs expand, other bolder initiatives will follow. One of these will undoubtedly focus on including African descendants into the constitutional framework of Venezuela more directly to ensure land rights, specialized social services, and restitution for slavery and centuries of racial discrimination and exploitation. Some of the other initiatives will likely focus on supporting progressive social movements in Haiti to counter the reemergence of the right under the patronage of the imperialist alliance of the US, Canada and France, and countering the initiatives of US imperialism to foster the development of a right wing faction within the Afro-descendant movement in Latin America. 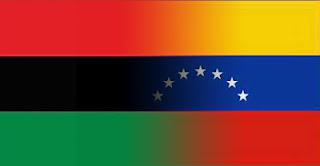 As these points illustrate, a lot is riding on the outcome of the Venezuelan elections for people of African descent in the Western Hemisphere. If the right wing candidate wins, you can best believe that he and his US allies, will do everything within their power to reverse the gains of the Bolivarian revolution, and specifically the gains that have been won by the Afro-Venezuelan movement, which has played a leading role in the Pan-African movement over the past twenty plus years. A victory however, means that the Pan-African movement will have a strong political base that will enable it coordinate critical international initiatives like the Decade of People of African Descent (tentatively scheduled to be 2013 – 2023) and other aspects of the Durban Declaration and Programme of Action, including the campaign for reparations from the imperialist nations of Western Europe and North America for the crime of the trans-Atlantic slave trade and chattel slavery committed against African people for centuries in the Western Hemisphere. 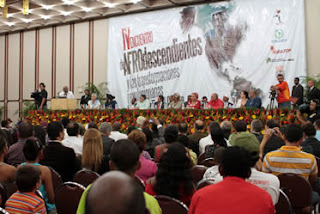 People of African descent in the US should definitely pay attention to the elections in Venezuela and study and stay tuned to the initiatives emanating from the Bolivarian revolution, as they directly impact you in positive ways. Further, those of us in the United States who are partisans of Pan-Africanism must play our part in supporting the Bolivarian revolution and the Afro-Venezuelan Network, and keep in mind the lesson from Mozambican revolutionary Samora Machel, that “international solidarity is not an act of charity: it is an act of unity between allies fighting on different terrains towards the same objectives”.
Posted by Kali Akuno at 10:21 PM No comments: